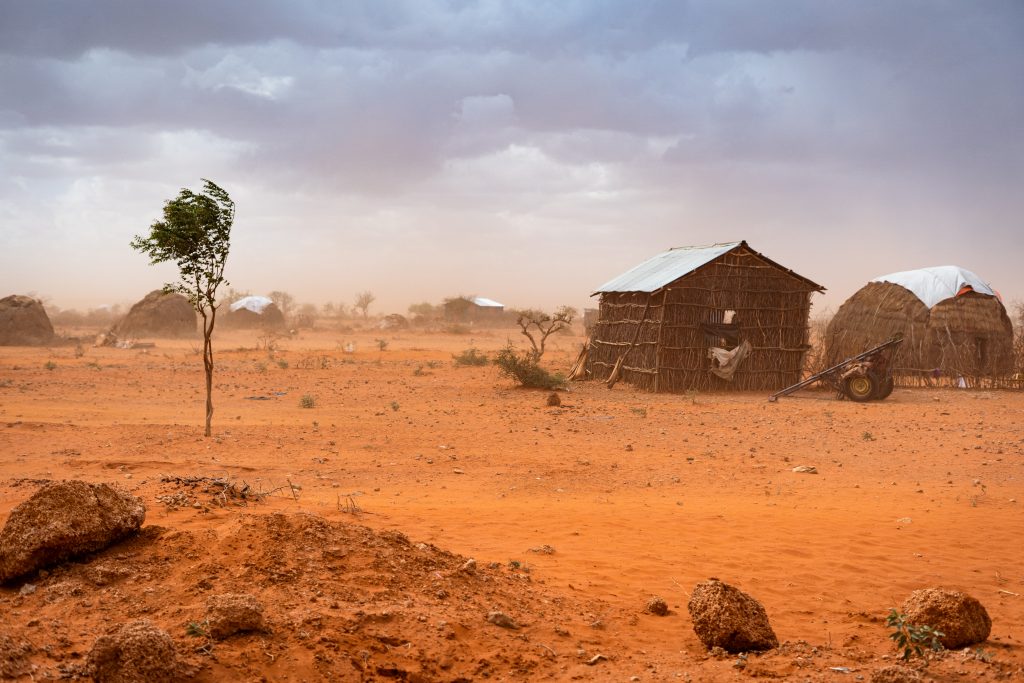 Together with Bellevue di Monaco we are organizing a panel discussion titled “Displaced by Climate Change”. It will take place on Saturday 28 November 2020.

Climate change has turned into the climate crisis. With the Paris Climate Agreement and demonstrations by Fridays For Future, awareness has risen that urgent and decisive action is needed, particularly by industrialized nations. At the same time the number and intensity of droughts, floods, and storms is rising globally. The impact of a changing climate system on migration, however, is less visible in the public debate. As a consequence, scientists warn that the number of internal migrants will increase considerably. Water shortages, declining agricultural yields, and rising sea levels are dangerous breeding grounds for armed conflicts and poverty, which deprive local people of their livelihoods and turn them into refugees. What is the situation in the countries of the global South today? What consequences does climate change already have on people’s lifestyles today? And to what extent is it possible to adapt to extreme weather conditions without being displaced by them?  To answer these questions, we are talking to experts* from affected countries. We will be connected to them via live video – from Africa, Asia, and South America – and talk about the current state of science and the concrete situation on site.

The Bellevue di Monaco is a social and cultural center for refugees and neighbors in Munich. The event will be in English language. Physical and online participation are equally valued.